The history of our school is a unique story of 123 years of education. Over that time, the school has continually changed and adapted to meet the ever-changing educational needs of children in the Upper Hunter region.

Soon after, Father Roche succeeded in purchasing Brooderlin’s property at the rear of the Church grounds, replacing the quaint cottage with a boarding school. As there was no transport available for local farming families to get to the school, the sisters took in a small number of boys to live at the convent and over time the number of boarders increased rapidly, requiring the building of specialised boarding facilities.

For most of its history, St Joseph’s was a boarding school for primary school aged boys, mainly serving northern NSW. Many students have passed through the boarding school and they are now scattered near and far in many walks of life.

Due to the decline in the need for boarding facilities, it was decided, in 1971, to close the primary school and reopen it, as a regional high school, to serve the needs of the Catholic community in the Parishes of Denman, Merriwa, Murrurundi, Scone and Muswellbrook.

The high school opened in 1972, with Sister Mary Rosalie RSJ as Principal, a staff of four, and an enrolment of 53 students in Year 7. Since then, the enrolment has increased to over 600 in Years 7 to 12, with a staff of around 80. The first Year 12 class sat for the Higher School Certificate in 1977.

In 1976, new science laboratories were opened. In 1984, an extensive building program commenced including an administrative area, new classrooms, staff facilities, a car parking area and specialist rooms for Science, Metalwork, Art and Agriculture. At the same time, as a result of our very supportive Parents and Friends Association and the success of our biennial walkathons, considerable improvements have been made to the school grounds and sporting facilities.

In October 1992, the new multi-purpose hall was opened. This building was the result of fundraising efforts by students in walkathons, which provided the finances to pay a sizable deposit for a loan, together with the willingness of the Parents and Friends Association to accept responsibility for raising the funds to repay the loan in future years. The Moylan Hall was opened by Sister Beverly Zimmerman on behalf of the Sisters of St Joseph and the hall was named after Sister Mary Cyril Moylan in honour of the great work done for the school by her and all the other Sisters of St Joseph.

In the same year, extensions to the Industrial Arts area began with the provision of a new woodwork room and the creation of new classrooms and drama rooms in the area of the old school hall.

In 1993, another very successful walkathon effort by students and the whole school community raised the funds to enable improvements to canteen facilities and the creation of a specialist language laboratory. The new canteen was completed in 1995.

In 1996, the school celebrated its Centenary. A variety of programs and events ensured that the year will long be remembered. A Centenary Mass, family picnics, photo displays and memorabilia were some of the many celebrations held throughout the year.

In 2001, construction began on a new library and refurbishment of the administration area. New computer rooms were developed, and the old canteen area was refurbished. A dedicated music area was established with music practice rooms and suites for individual tutoring.

In 2004, a COLA known as ‘The Shed’, was built at the front of the school, financed by the generosity of parents and students through walkathon and canteen funds.

Late 2006 saw the construction of a new fence and formal gateway funded by a grant from the Australian Government and the Parents and Friends Association.

The four-year period between 2007 - 2011 saw the refurbishment of the Science labs, more undercover areas surrounding the pool, the construction of an additional woodwork room and the building of the St Mary MacKillop Trade Training Centre.

St Joseph’s is proud to operate the Mary MacKillop Trade Training Centre that offers several Vocational Education and Training courses onsite. Upon completion, students achieve competency in a nationally recognised Australian Qualifications Framework Course studied as part of the HSC, enabling them to acquire a range of technical, personal and organisational skills both within and beyond the workforce. Our school will continue to provide the community with a supply of skilled young men and women ready to embrace their chosen careers.

In 2014, work began on a significant upgrade to the existing buildings. The building program involved the demolition of the old boarding school buildings and the construction of two new separate buildings with modern 21st Century indoor and outdoor learning spaces. The indoor learning spaces are designed for classroom collaboration with glass sliding doors replacing the traditional classroom walls and fully equipped with the necessary technology for contemporary teaching methods. The outdoor areas take full advantage of the spectacular views of the Hunter River and surrounding farmlands offering an outdoors drama area and a library reading space.

2019 saw St Joseph’s celebrate the completion of its building program with the refurbishment of the hospitality and food technology classrooms, two additional art rooms and the refurbishment of the wood/metal work rooms. Works also included the relocation of the administration building and staff room and the school canteen. The Moylan Hall received a facelift and extension, and the student toilet and shower facilities were fully renovated.

The conclusion of the building program has left us with a fresh and modern learning environment for staff and students. 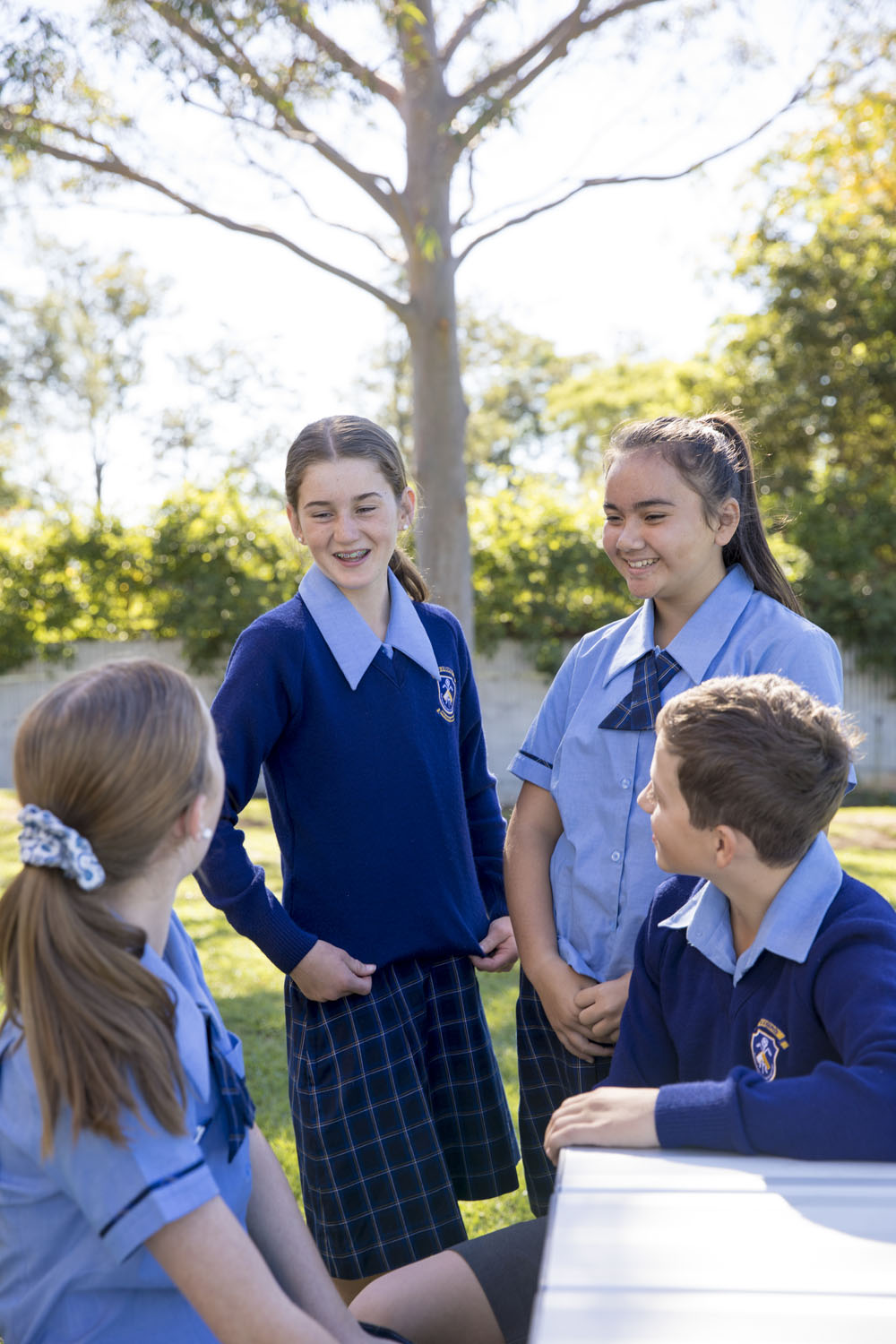